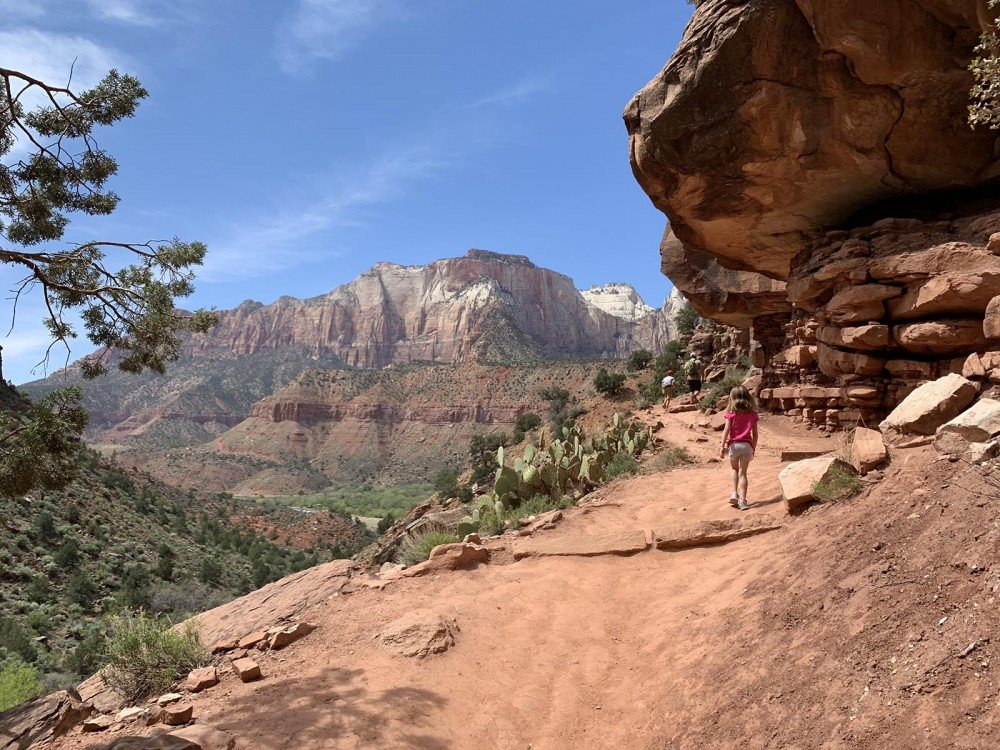 Zion has to be in our top 2 favorite parks (it's currently between here and Glacier). It is amazingly beautiful, inspiring, and a blast to roam through. My wife first visited Zion over 4 years ago on a solo trip. We then came back as a family the following Spring (our first real trip in Stella, pre-remodel!). That year, our son hiked up to the "base" of the final stretch of Angel's Landing, which was super awesome as we didn't expect him to make that hike at all given his age (he was 5 at the time).

We ended up staying at the Zion Canyon Campground, as we did 3 years ago. This time, we got a back in site close to the river, which was awesome! We were able to hear the roaring water throughout the day and throughout the night. The site was a little sloped, but we were able to make it work. The views out our door weren't too shabby either :).

The campground had good Verizon and AT&T coverage, which made work go smoothly. They have a pool, which was fun while it was warm the first few days. They also have laundry and an super overpriced general store across the street (like $9 for a tiny pint of ice cream overpriced!). This place is super close to the entrance of the National Park, so close that we walked one of the days during our stay.

The first hike we were bound and determined to do was Observation Point. We took the shuttle, prepared with snacks, lunches, and plenty of water and ambition. After getting off the shuttle and making our way to the trailhead, we were greeted with a big "TRAIL CLOSED" sign - there apparently had been some rock slides recently and it was closed "until further noticed". We hopped back on a shuttle and made our way back to the base of the Angel's Landing hike. This year, all of us made it again to the base of the final stretch, but this time my wife and our son finished it out all the way to the top! 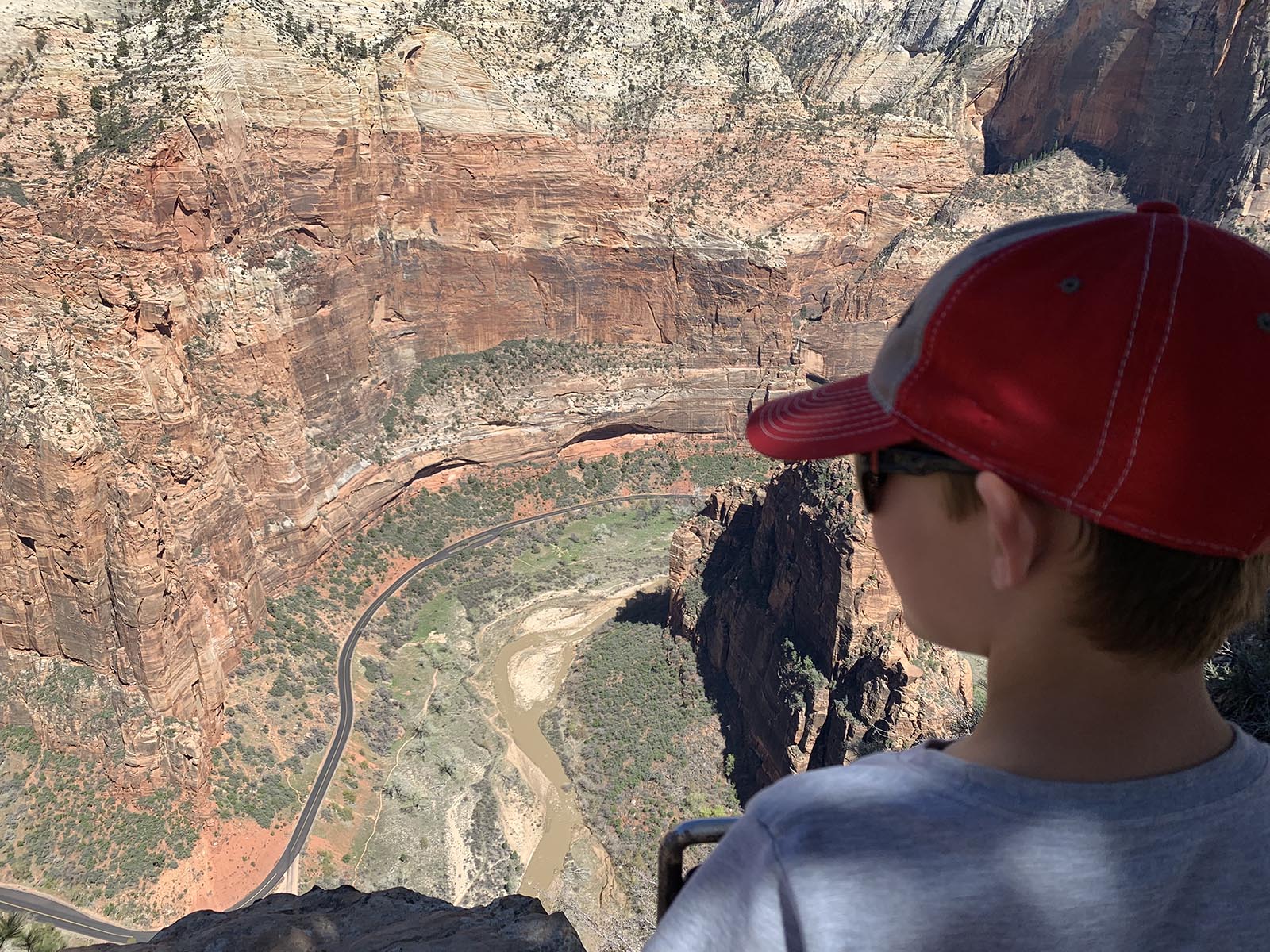 This was a big deal! Chains and super steep to get to this point.

Our views at the "lower" area of Angel's Landing weren't too bad either :)

We did several other family hikes throughout the week, and the kids were able to pick up their Junior Ranger badges as well. The ranger presentation was also super interesting, as she discussed the various types of geology local to the area, from the Grand Canyon to Zion to Bryce Canyon. Apparently the sands that eventually formed the canyons we see today came all the way from the ancient Appalachian Mountains - crazy! 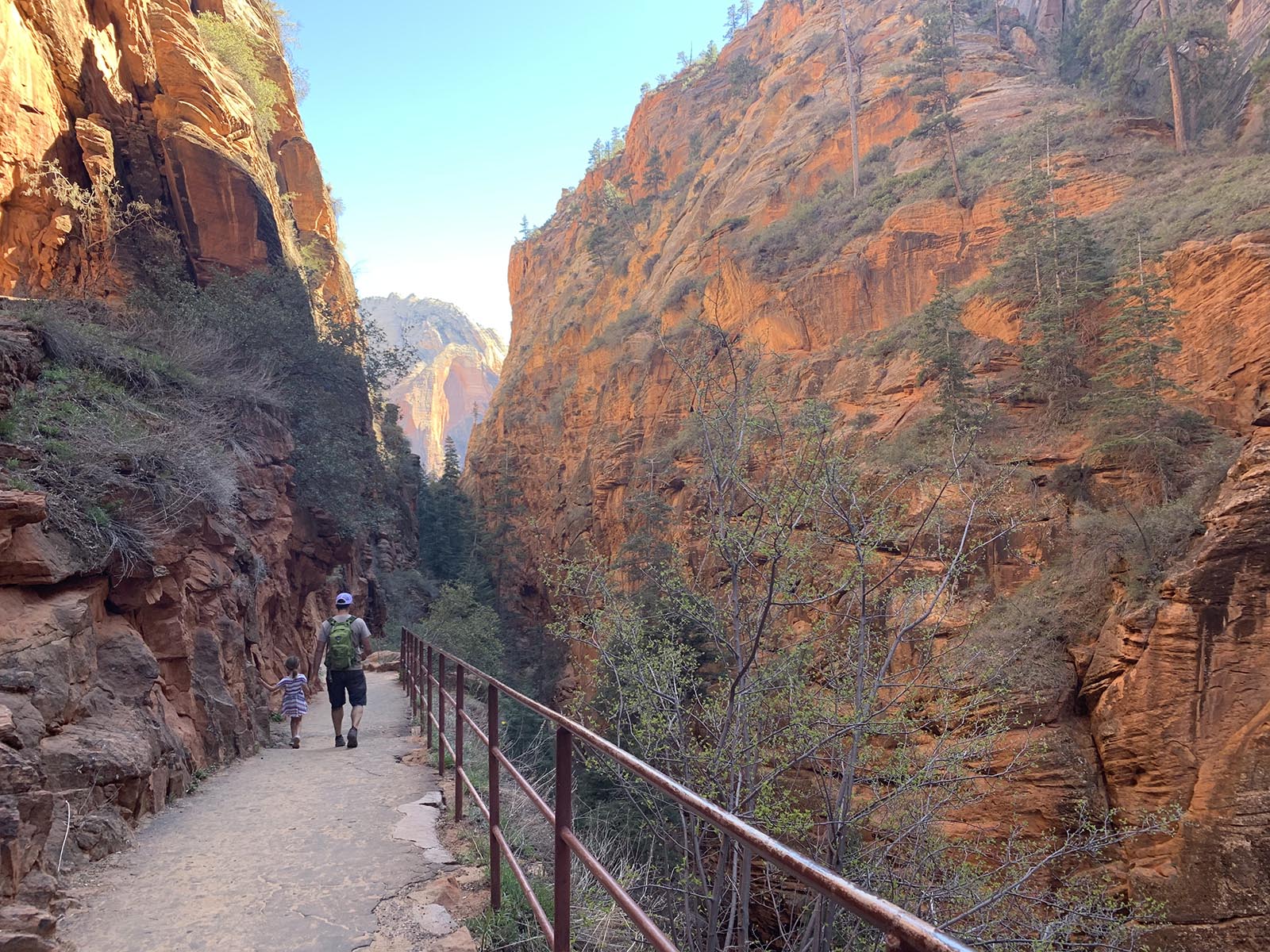 It was so windy through this slot canyon! 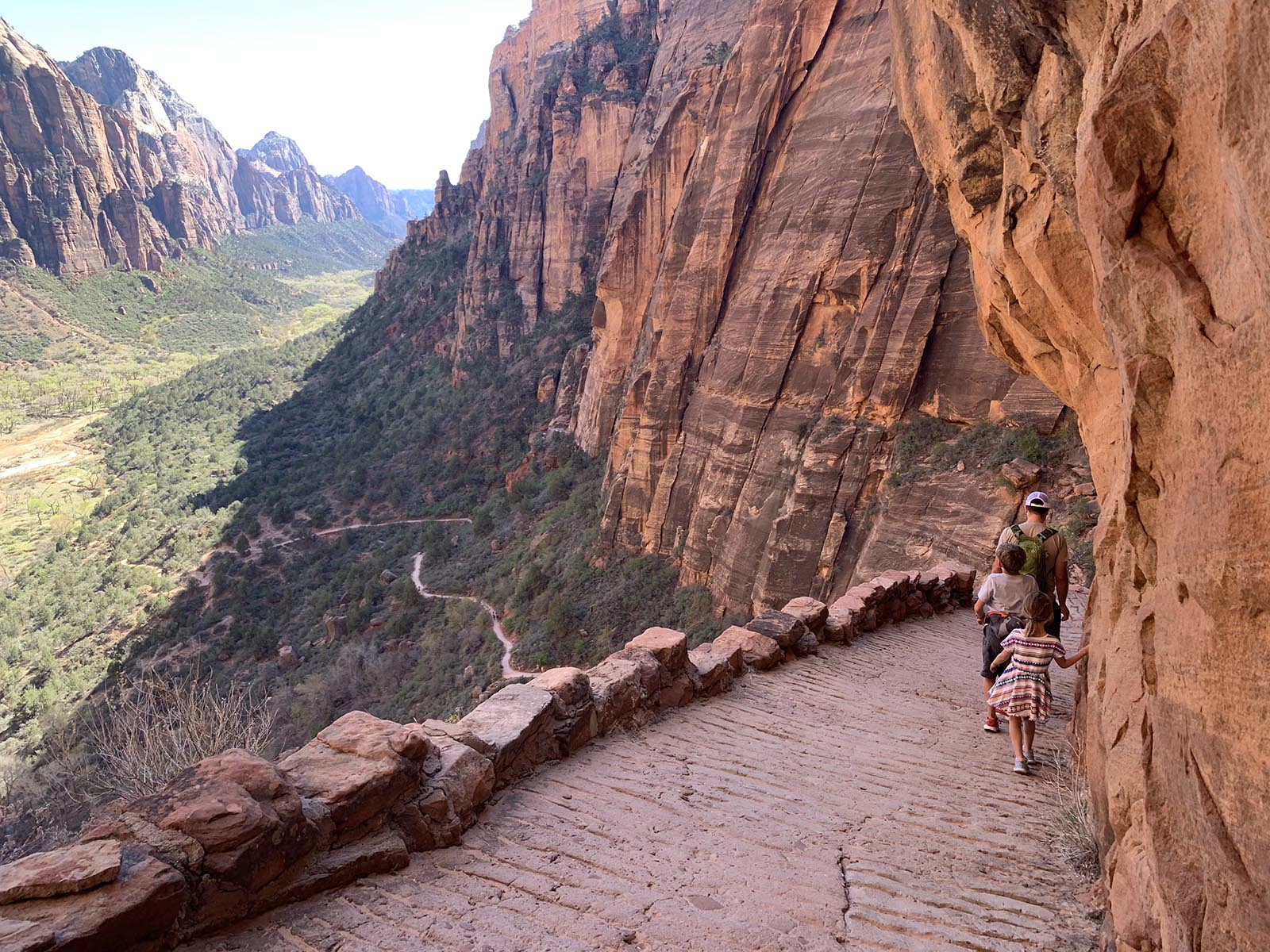 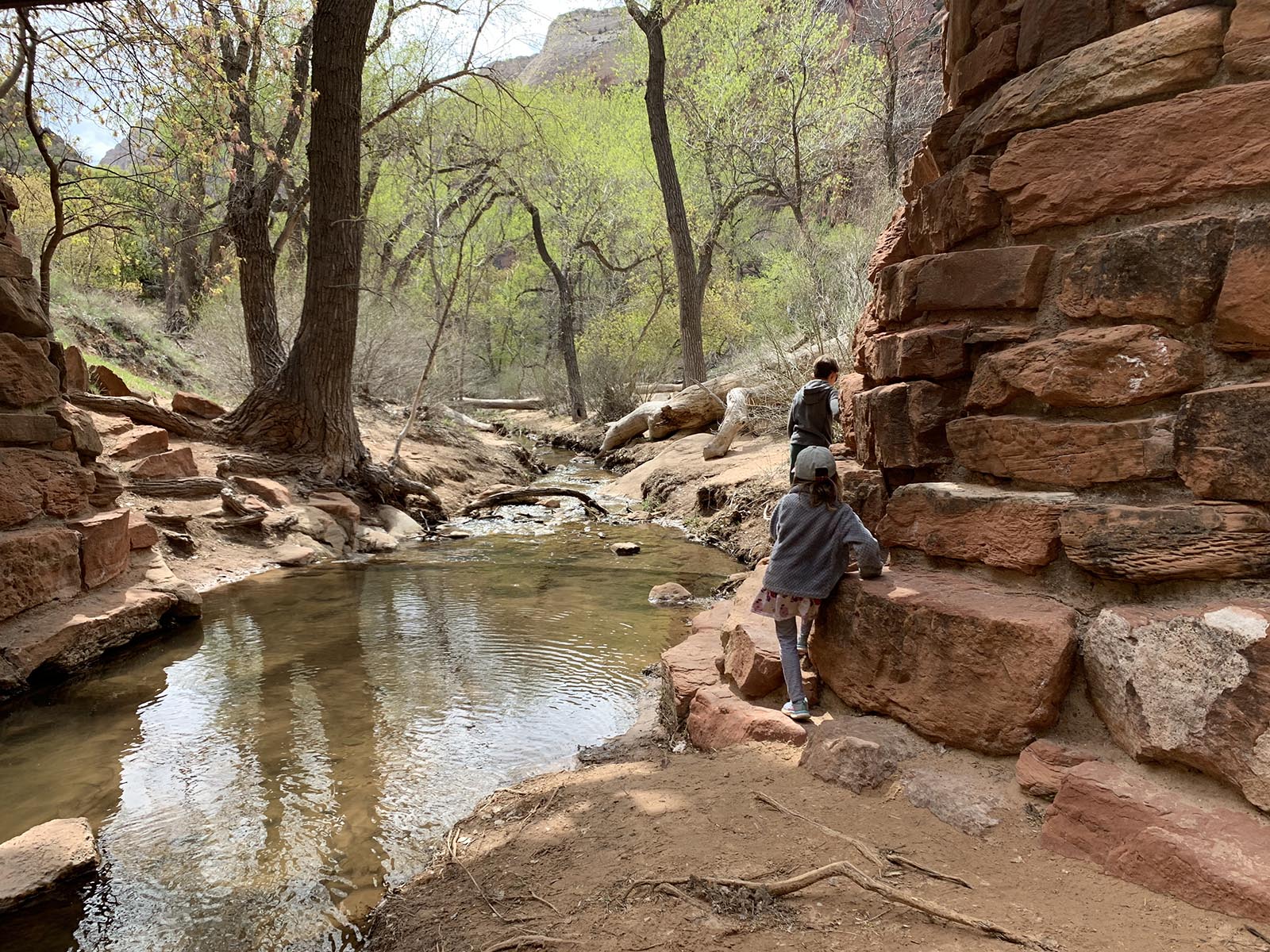 Playing by the river 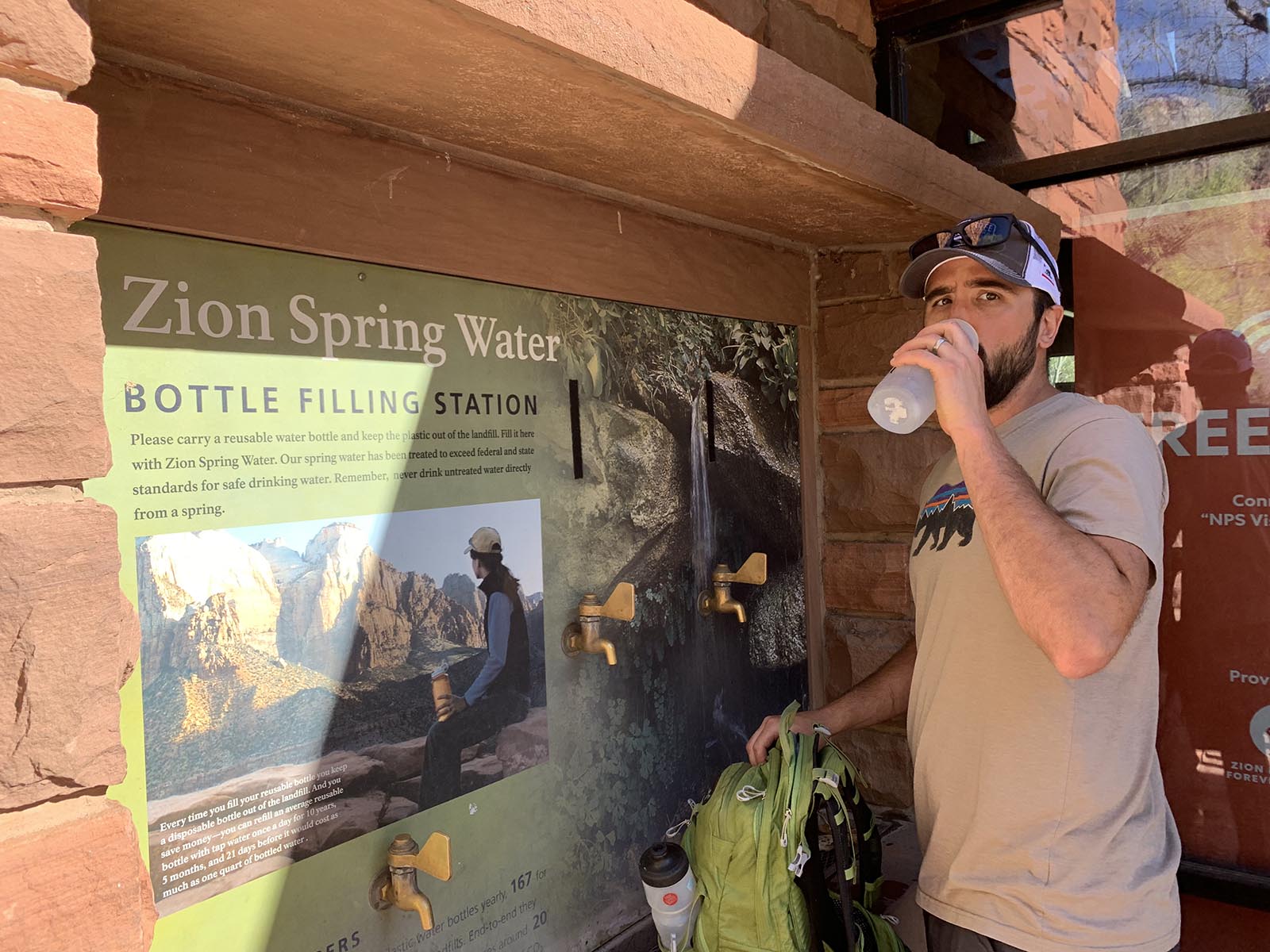 I've decided to angrily drink from all local springs we visit.

I was able to get in a couple really good rides while we in Zion area. When we visited here 3 years ago, I was able to ride Gooseberry Mesa, which was fantastic, but super annoying to get to (terrible, long, out of the way rough dirt road that translates to an hour of driving one way). This year, I decided to do the Hurricane Rim race course ride (~26 miles). 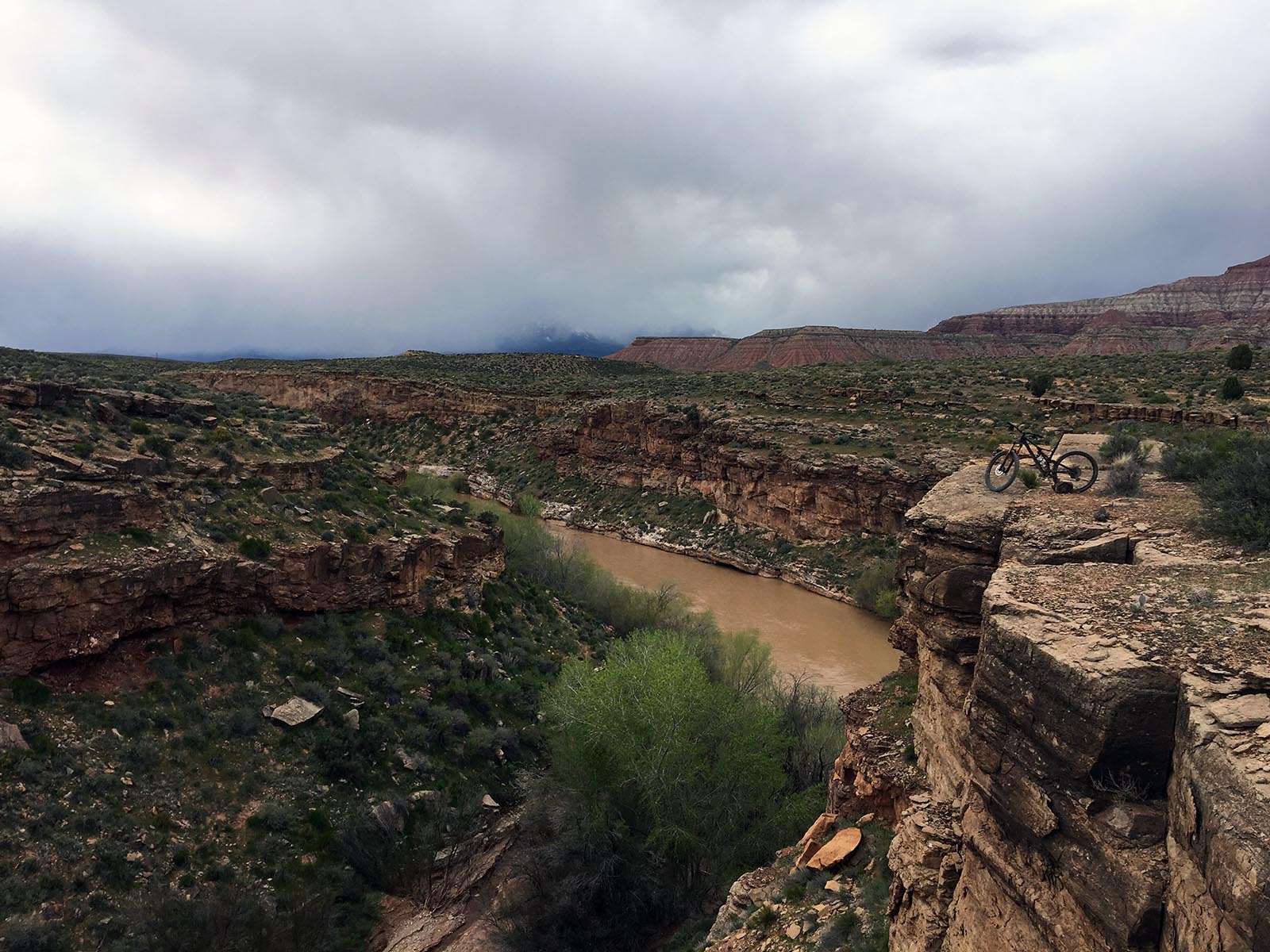 Yes, the bike is a big Lion King fan.

I probably should have brought more than 3 bottles of water, as I was pretty parched and running low on fluids around mile marker 18. Luckily, the last 6 or so miles was pretty much all downhill, which was both amazingly fun and speedy to get back!

The day before we left, I rode a smaller segment of the same ride (~17 miles) at semi-top speed. It was fun to burn off the cobwebs and push myself.